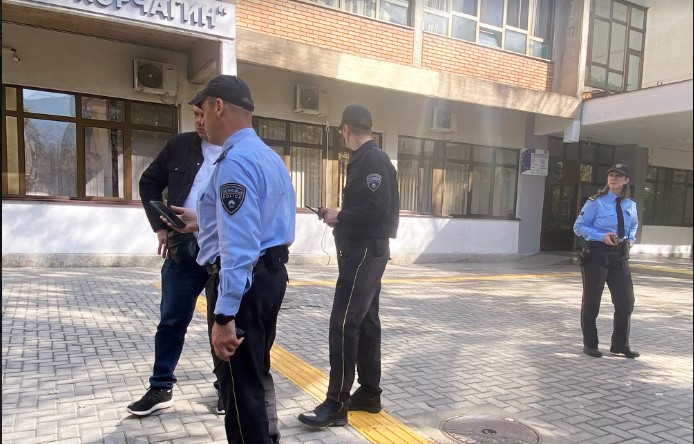 Students in five secondary schools in Skopje have been evacuated after receiving threatening e-mail messages. The teams of the Ministry of the Interior with sniffer dogs have arrived at the schools, and the children have been taken outside and released from class, said sources from the schools.

The case was also confirmed by the Ministry of Internal Affairs.

“The Skopje Police Department received a report on Wednesday that a bomb threat was sent to the e-mail addresses of five schools in Skopje. Immediately after receiving the report, measures were taken by police officers to safely evacuate the schools and anti-terrorist checks are underway and measures are being taken to solve the case,” informs the Ministry of Interior.

The students, in order not to panic, were initially told that the school had to be disinfected with chemicals, so classes had to be suspended. Unofficially, the same electronic message was sent to secondary schools “OrceNikolov”, “Nikola Karev”, “Josip Broz Tito”, “RadeJovchevski-Korchagin” and ASUC “BoroPetrushevski”.