Home Macedonia Gold, weapons, drugs and money seized in Macedonia – a total of... 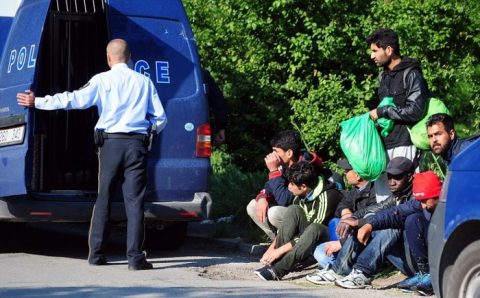 Within the framework of Europol’s Joint Action Days in the period from October 26 to 29, an international action  Joint Action Days – JAD 2022 – Southeast Europe was carried out to prevent illicit trade in firearms and ammunition, illicit drug trade and suppression of cross-border crime and illegal migration.

At the same time, control and searches of 858 selected persons, 437 passenger vehicles, 10 cargo vehicles and 22 buses was carried out. During the examinations performed, as well as the 20 searches performed in several locations throughout the country, during which 13 persons were deprived of their freedom for further proceedings. Eight rifles, three pistols of different brands and calibers, as well as one gas, signal and pneumatic pistol each, 356 pieces of ammunition of different calibers, a gun frame, 91 pieces of pyrotechnics, 2.5 kg of high-quality gold jewelry, 1.5 kg of narcotic drug marijuana, 360 seeds of the cannabis plant, a large number of different packages and zipper bags with a powdery substance, two metal detectors for detecting metal in the ground, 286 metal coins and jewelry from an older time, 50,000 euros as well as a large amount of denars in different denominations, etc.