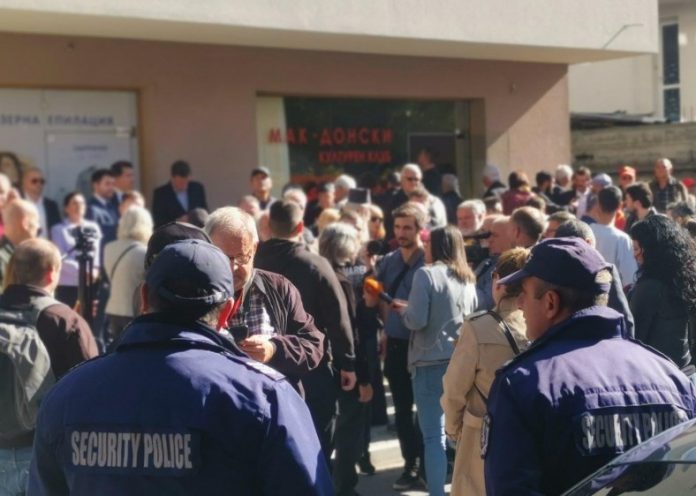 The Macedonian cultural club “Nikola Vapcarov” was opened in Blagoevgrad. The opening of the club, according to the founders, is aimed at bringing the two peoples closer together and overcoming differences.

At the opening of the club, it was said that this is a club that will help Bulgaria recognize the Macedonian culture, and with it the Macedonian people. The cultural moment is the one that can really bring people together and overcome differences.

“We are accused of being enemies, when our intentions are friendly, we are accused of being separatists, when our aspiration is the demolition of borders and a united Europe, of being illegals, when we want to work within the framework of the laws. For 32 years, our efforts were to register our association with which we will participate in cultural, social and political life. The country has been condemned 15 times for that in the European Court of Human Rights, and we don’t want to judge ourselves, anyone, we simply want to be equal like the rest of the citizens, we want to be able to call ourselves Macedonians, and not be insulted for that and to be able to gather and create without fear, to be useful for both countries and for both nations because we know their soul and culture,” said Milan Rizakov from the “OMO Ilinden Pirin” at the grand opening of the club.

The grand opening was attended by the Secretary General in the President’s Office Mile Bosnjakovski, the leader of VMRO-DPMNE Hristijan Mickoski, and Levica leader Dimitar Apasiev.