Home Macedonia I expect official Sofia and the European institutions to condemn the behavior... 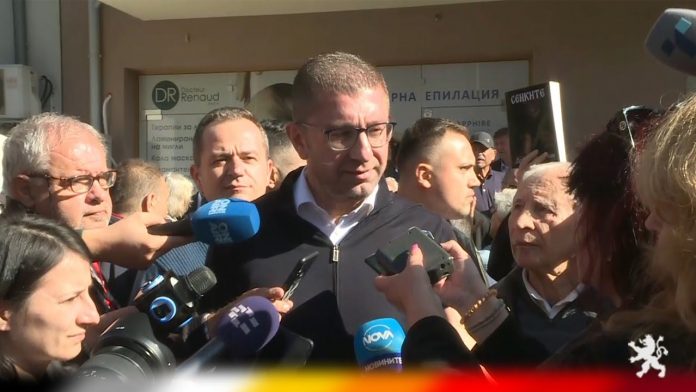 We as a political party and I as a person support the Macedonians wherever they are in the world. And we must fight for our Macedonian brothers, because there are not many of them. Unfortunately, there is less and less, pointed out the lrader of VMRO-DPMNE Hristijan Mickoski in a statement for the Kanal 5 TV News.

Mickoski added that he supports the Macedonians wherever they are in the world.

“VMRO-DPMNE as a political party must never have a dilemma in supporting the Macedonian people and Macedonians, regardless of whether they are here in Bulgaria or anywhere in the world,” said the VMRO-DPMNE leader.

“I think that this should be a kind of way to connect nations, to connect diversities. Today, what we saw here in Blagoevgrad from individuals really does not look like people who are politicians, and who come to say from the highest European body, which is the European Parliament. You had the opportunity to see how an MEP behaves, I can’t even comment on him, I don’t know if that person deserves any comment at all and I expect condemnation from official Sofia for his behavior. And I also expect condemnation from the European institutions for his behavior, because if an MEP behaves like this and it remains uncriticized, then I really don’t know what else to add,” noted Mickoski.