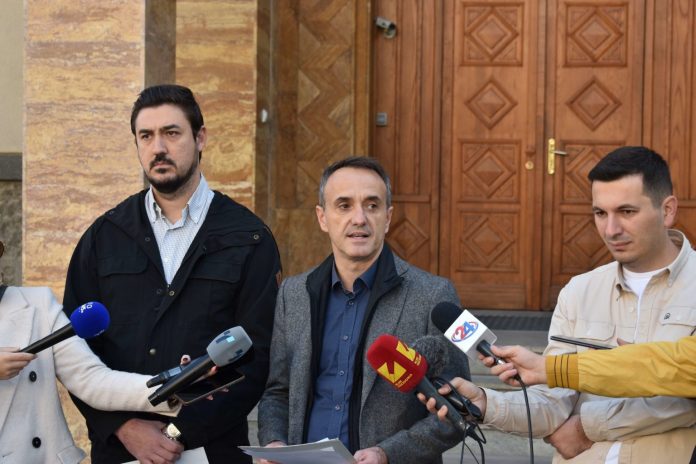 The Association of Journalists of Macedonia (ZNM) and the Independent Union of Journalists and Media Workers (SSNM) on the occasion of the International Day to End Impunity for Crimes Against Journalists are asking the political parties to immediately adopt the amendments to the Criminal Code, which will enable greater protection of journalists and media workers.

Otherwise, they say that they will change the format of behavior and after January 1, 2023 it will turn into a boycott.

“For almost a year and a half, we have been waiting for the deputies in the Parliament to dare and come together to approve the amendments to the Criminal Code, instead of engaging in their endless political games. We demand that they be immediately put on the agenda and voted on, otherwise we will realize that the freedom of journalists, videographers and media workers is not a priority of this Parliament,” said the head of ZNM Mladen Chadikovski, at a press conference in front of the Parliament on Wednesday.