Home Macedonia MFA with a verbal protest note to the Bulgarian MFA after Kostadinov’s... 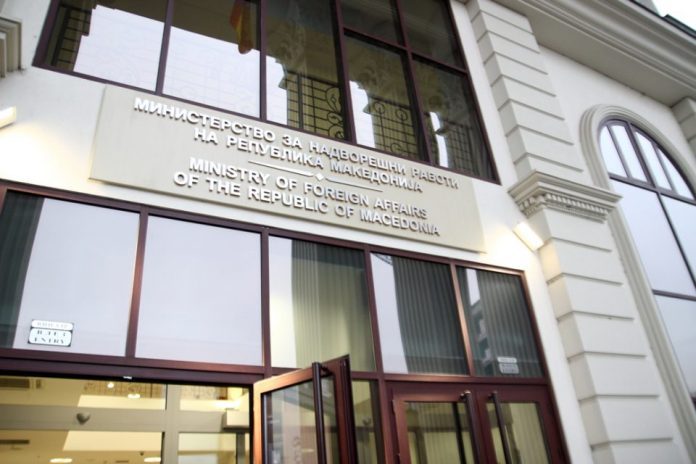 The Macedonian Ministry of Foreign Affairs has announced a formal verbal note that will be addressed to the Bulgarian MFA after the statement of the leader of the Prerodba party that the opening of the Macedonian club “Nikola Vapcarov” in Blagoevgrad was an attempt at provocation.

According to Kostadin Kostadinov, this will not be the only provocation of this kind, stressing that the agreement between North Macedonia and the EC for joint security with Frontex was signed in, as he says, the “so-called” Macedonian language, which can become official in the EU.

All Bulgarian organizations in North Macedonia will suffer, the party leader Kostadin Kostadinov decided, who announced that the book about Nikola Vapcarov will be presented in the European Parliament, where he defines himself as a Bulgarian.