Home Macedonia Mickoski on the arrest of actor Mavrovski: If this is how people... 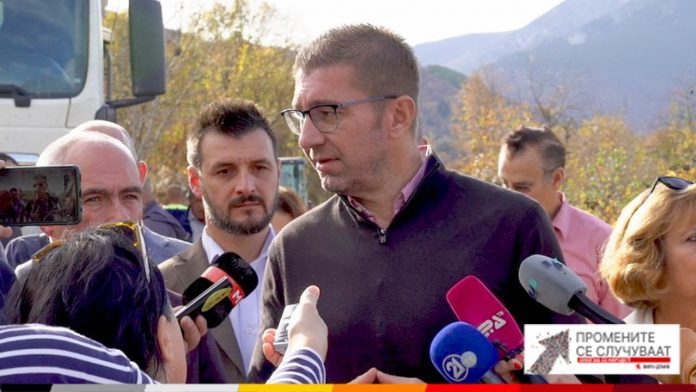 The leader of VMRO-DPMNE HristijanMickoski, asked about commenting on the case of the arrest of actor VaskoMavrovski after a report by the Minister of Culture due to a post on social media, stressed that ‘people in the Government should realize that when they are engaged in public activity they will also be subject to criticism and that if people are imprisoned for their expressed views, the Government is taking us back to 1949’.

“It is not the first time that the Ministry of Internal Affairs acts violently like this. On a daily basis, in public, both from politicians and from citizens, I am a victim of such statuses that call for lynching, of physical confrontations between me and my family, and so far, for two years, no action has been taken. People should realize that when they engage in public activity they will be subject to criticism. They cannot always praise you and say that you are the smartest and that you work best, sometimes it is logical to criticize you. After all, that’s what pluralism and democracy represent, and if people are imprisoned for this kind of attitude, we’re going back to the 1949,” Mickoski said.