Home Macedonia H. Over EUR 120 million for projects of VMRO-DPMNE mayors, municipalities where... 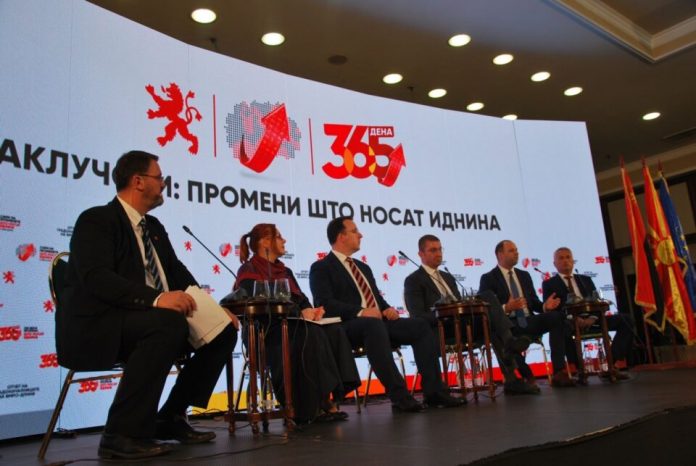 Over 120 million euros for the projects of the mayors from the ranks of VMRO-DPMNE, while the municipalities where the SDS is in power do not even have an account. Strategically important projects for local self-government units, where VMRO-DPMNE is in power, take place on daily basis. New boulevards, streets, intersections, overpasses are part of the projects that receive the most funds, as much as 36 million euros. As much as 20 million euros have been invested in the water supply and sewerage network, said VMRO-DPMNE on Monday.
“Preschools are being built, schools are being reconstructed and investments are being made in equipping them.
Sports, culture and vulnerable categories of citizens are strongly supported.
With VMRO-DPMNE, no one is left behind.
Unlike the VMRO-DPMNE mayor, those from SDS have not made a single report.
It’s unfortunate for the municipalities where SDS is in power, that their mayors don’t have a single project, so they can’t even make a report.
There is panic in SDS because people see the difference in just one year.
Changes are happening and they bring the future. The changes at the local level have already brought results, changes are also needed at the central government, for Macedonia to move forward, develop and strengthen,” the opposition party underlined.