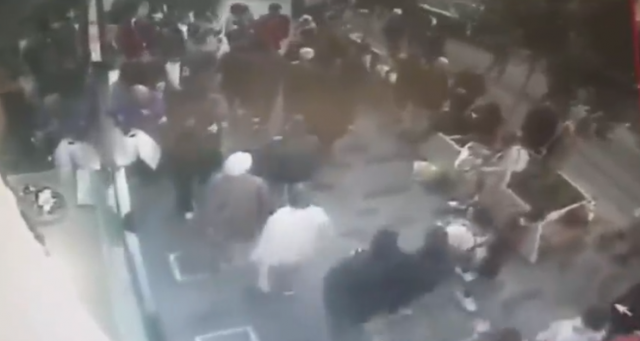 Twenty-four hours after Sunday’s explosion in Istanbul, the Ministry of Foreign Affairs (MFA) and the country’s diplomatic offices in Turkey have no information about Macedonian citizens who died or got hurt in the incident.

The Ministry informs that after the explosion in Istanbul, through the Consulate General in Istanbul and the Embassy in Ankara, it is in constant communication with the competent authorities of Turkey and with interested citizens from the country.

Meanwhile, one of our citizens, who was near the incident, reported to our Consulate that she indirectly received minor injuries in the aftermath when people were running away from the place of the explosion. We inform that she has already been returned to the country, informs the Ministry of Foreign Affairs.

It adds that the Macedonian representative offices remain in contact with the institutions of Turkey, as well as with concerned citizens and economic entities that organize trips to Istanbul.