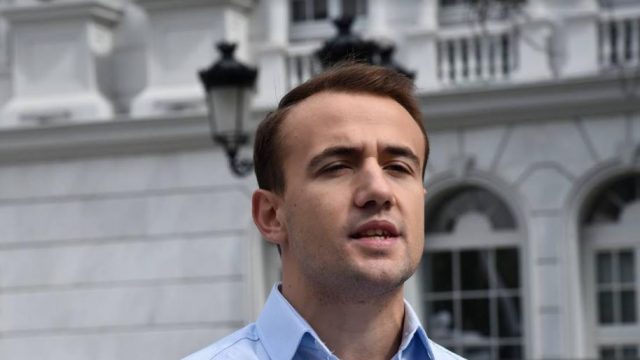 MP Bojan Stojanovski stated that the proposed amendments to the Law on subsidizing student meals are not in the interest of students and do not offer long-term solutions.
On Thursday, the only item on the agenda of the Committee on Financing and Budget is the disputed draft law on subsidized student meals, submitted by the ruling majority.
“We, the VMRO-DPMNE and the coalition’s MP group, before the start of the Commission, want to inform the public that we will submit two key and essential amendments to this draft law, through which we will once again try to dissuade the government from its intention and we have exposed their false concern for students. The first amendment is for increasing the funds for a student meal from 120 denars, as proposed by the majority, to 160 denars, while the second is for extending the term until the end of the school year, instead of until March 2023, as proposed by the majority”, said the opposition MP group.