Home Macedonia U.S. Ambassador Aggeler: We are puzzled after the election of Islam Abazi 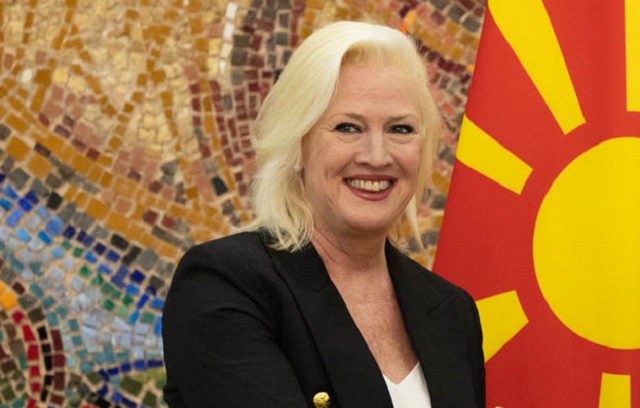 U.S. Ambassador to N. Macedonia, Angela Aggeler, sharply criticizes the election of a new chief of the Basic Public Prosecutor’s Office for Organized Crime and Corruption when asked to comment on the entire process and its epilogue.

“We at the U.S. Embassy certainly find the results puzzling, especially after spending millions of dollars training prosecutors and others in the justice system over the years. The citizens of Macedonia deserve an independent judicial sector in which positions are filled by merit and quality, through transparent processes, regardless of whether they are in the prosecution, judiciary, or any other public institution. Political interference has no place in these proceedings. Those who would interfere by exerting pressure, threats, or corrupt deals through the “back door” should be called to be held accountable by the citizens,” replied the U.S. ambassador.