Home Macedonia Osmani wants to talk to the initiators of the Bulgarian clubs in... 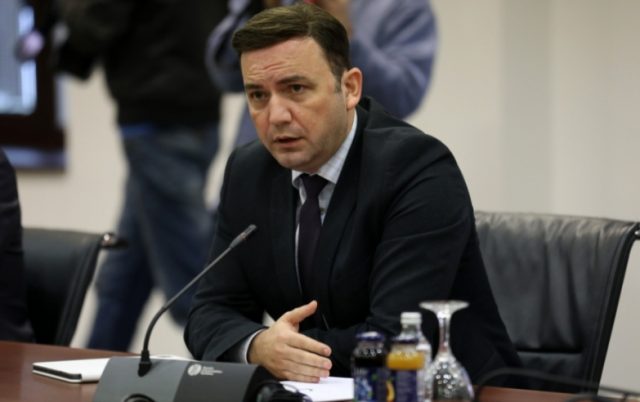 The Macedonian Minister of Foreign Affairs Bujar Osmani in an interview with the Bulgarian “Vbox7” again condemned the attack on the cultural club “Tsar Boris III” in Ohrid. Osmani stressed that the Macedonian side, starting with the Ministry of Foreign Affairs, then the Government, the President, all condemned this act of vandalism and said that the Ministry of the Interior is taking necessary actions to find the perpetrators. Osmani pointed out in the interview that there are individuals or groups on both sides, in Macedonia and Bulgaria, who do not want these two countries to have good relations. Osmani also stated that he is planning a dialogue with the initiators of the Bulgarian clubs in Macedonia, in order to see what exactly was the goal of this clubs.