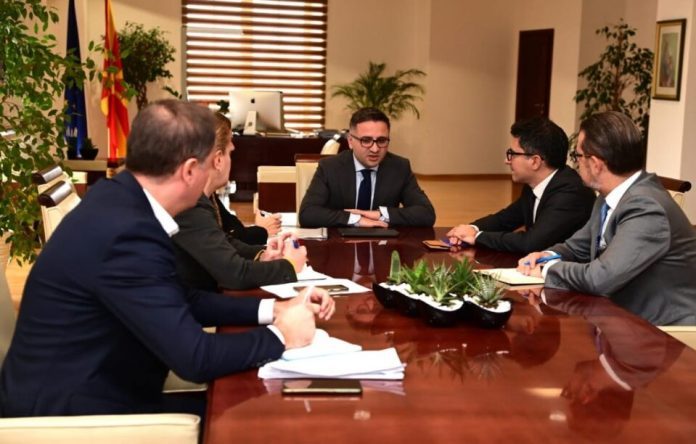 Capital investments are one of the most important priorities of the Government and they are planned in the 2023 Budget at the level of 790 million euros. In the realization of this priority, the Government receives significant support from international financial institutions. The European Bank for Reconstruction and Development (EBRD) is among the biggest supporters of significant large-scale projects for infrastructural connection, environmental protection, energy independence, etc., implemented by the country.

The realization of the projects, as well as the continuation of the cooperation between the Government of North Macedonia and the EBRD, were the subject of today’s meeting of the Minister of Finance FatmirBesimi with the director of the EBRD for the Western Balkans MatteoColangeli, and the head of the EBRD Office in N. Macedonia AndiAranitasi.