Home Macedonia One CEO of Kovachevski’s Government approves tenders to the wife of another... 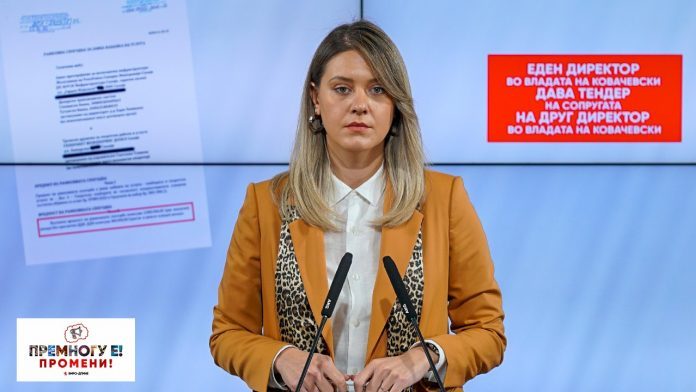 Agency for real estate cadastre is another proof that the citizens will compensate for the irresposible work of the government officials. Enormous increase in the prices of services up to 500 percent, at the expense of citizens and businesses in crisis conditions, were brought about to save the cadastre from bankruptcy, VMRO DPMNE spokesperson MarijaMiteva announced at a press conference on Monday.

“While the Government gives its consent, and the director of the Cadastre Agency, Boris Tundjev, makes decisions on increasing the prices of cadastral services, his wife gets business from the state. This is an agreement for surveying services between PE Railways Infrastructure, where the director is HariLokvenec, a staff member of SDS, and on the other side is Geoproekt Engineering DOOEL Skopje owned by Svetlana Tundjeva, wife of the director of Cadastre Boris Tundjev, also a staff member of SDS. This contract is in the amount of 2,360,000 denars. It was concluded on May 26, 2022, worth 40,000 euros at a time when salaries for railway workers are uncertain, and rail transport in Macedonia has never been more neglected,” Miteva said.