Home Macedonia Pendarovski – Steinmeier: If the EU negotiations are not based on history,... 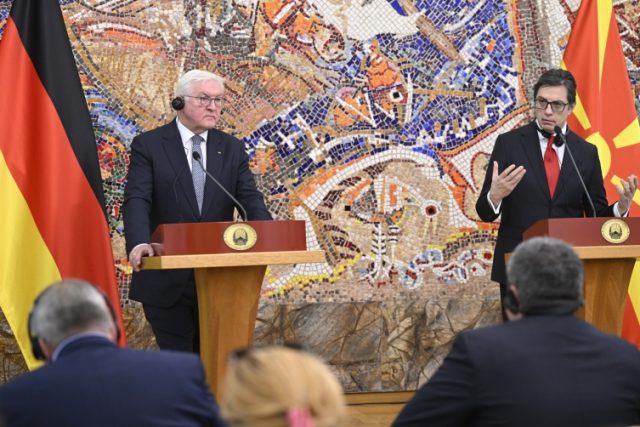 I am confident that if the negotiation process with the EU is not based predominantly on history, if it is based on real European criteria and values, we will complete those negotiations in record time, Macedonian President Stevo Pendarovski said in response to the media at the joint press conference with his German colleague Frank-Walter Steinmeier in Skopje.
“I assure you, because I know the level of readiness of my country in terms of European integrations – we have been preparing for these negotiations for 17 years, that is the longest period of preparations of any country in the history of the EU,” Pendarovski assessed.
The head of state said that N. Macedonia is the best prepared candidate for EU membership in the history of the EU. “The teams for each chapter were made a decade and a half ago,” said Pendarovski.
Regarding how realistic the plan of the Macedonian Government is for the country to become a member of the EU by 2030, Steinmeier said that he could not predict that.