Home Macedonia We must create a system to effectively respond to corruption and crime,... 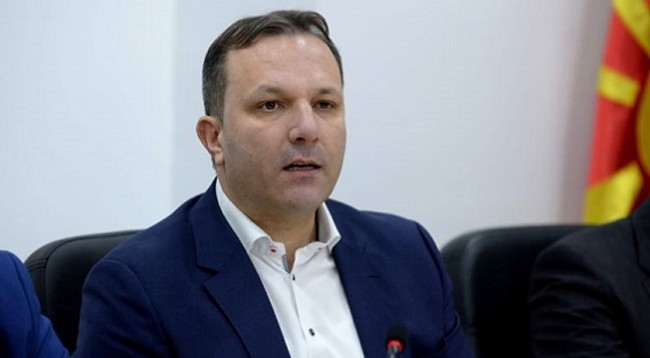 Every one of us must do our best as soon as possible to put an end to crime and corruption in the country from every possible aspect. To create a system that will respond efficiently and quickly, said Minister of Interior Oliver Spasovski in Strumica, where the media asked him for an answer to the criticisms made by the US ambassador Angela Aggeler, regarding corruption in the country and the fact that the USA is sending a sanctions team to N. Macedonia.

Each of us should be concerned about what is practically happening in our country, Spasovski pointed out and added that he supports absolutely everything that was presented by the US ambassador, as well as other relevant factors.

“We, as the Ministry of Interior, are absolutely determined to support all these activities in every respect. It is practically a priority of the Government and that priority must be realized to the end and penetrate into every pore of the Macedonian society, be realized and everyone who is really involved in crime of any type should bear serious responsibility,” said Interior Minister Spasovski after the visit and meetings at the Strumica Police Department on Wednesday.