Home Macedonia VMRO-DPMNE demands withdrawal of the Law on the Protection of the Population... 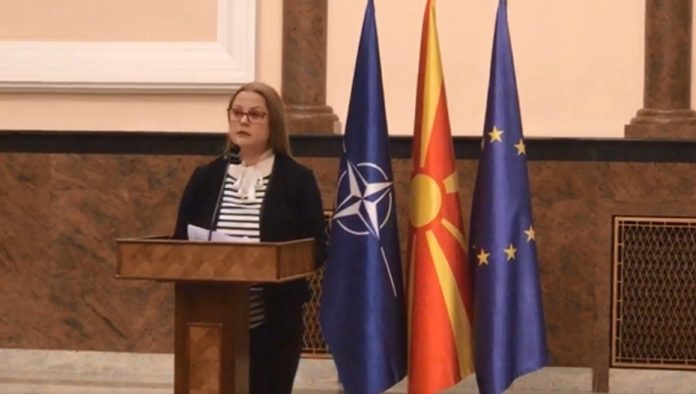 The MP group of VMRO-DPMNE and the coalition “Renewal of Macedonia” demands the withdrawal from the parliamentary procedure of the Law on the Protection of the Population from Infectious Diseases and the organization of a public debate in the Parliament, pointed out MP DafinaStojanoska from the ranks of VMRO-DPMNE on Wednesday.

The law itself complies with regulations adopted in 2013 and 2018, when COVID-19 was not even in the picture, and hence there is no logic for it to be considered by the Commission for EU Affairs. The parent commission for this law should and must be only the Commission for Health. The minister himself announced that this draft law is being brought in order to legitimize the measures of the Commission for Infectious Diseases. Does this mean that despite the disastrous handling of COVID-19, all the measures adopted then are illegal?! Also, the Minister of Health stated that the changes are being made due to COVID-19, but they may also apply in case of a possible measles epidemic. Does this mean that students will not be allowed to go to school, even though there is a Law on Compulsory Primary and Secondary Education?!, said MP Stojanoska.