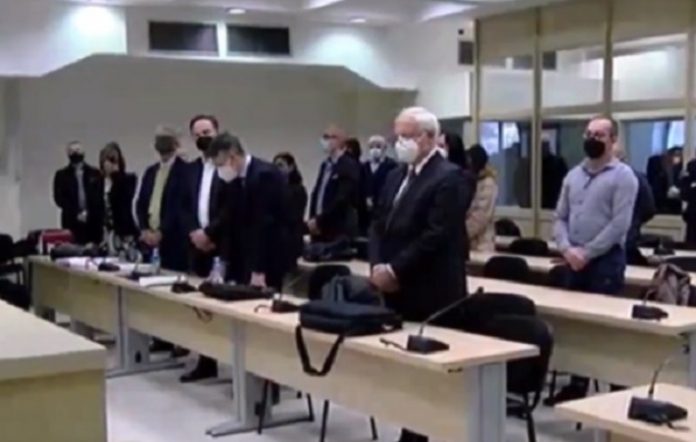 The Appellate Court – Skopje overturned the verdict in the “Target-Fortress” case brought in February 2021, and deemed the appeal of the Basic Public Prosecutor’s Office for Organized crime and Corruption as unfounded.

The case that was opened for the massive illegal wiretapping resulted in a total prison sentence of 55 years, of which 12 years for the former head of UBK Sasho Mijalkov for the crime of “criminal association”, “abuse of official position and authority” and “receiving a reward for unlawful influence”. Mijalkov’s defense are satisfied with the decision of the Appeal, but for the time being they refrain from commenting until they receive the decision in written form in order to see which remarks from the presented appeals have been accepted by the court.

“the Appellate Court-Skopje, while reviewing the verdict, found that the first-instance court, when dealing with this case, committed substantial violations of the provisions of the Law on Criminal Procedure, which are of an absolute nature, and which this court pays attention to by its official duty, which led to the issue is the factual situation and the correct application of the Criminal Code”, reads the announcement from the Appellate Court-Skopje.