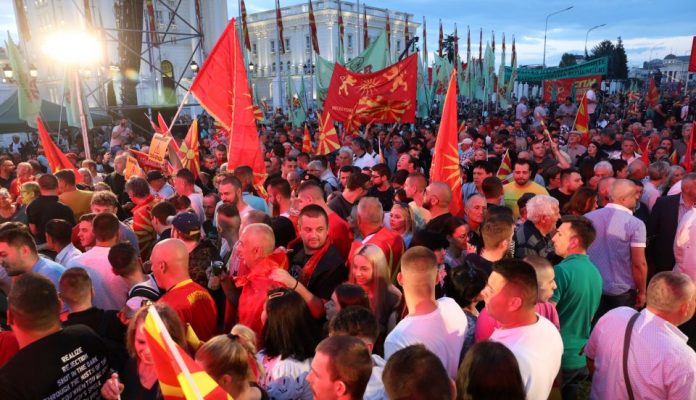 The Institute for Political Research in Skopje (IPIS) conducted a short telephone survey in the period between December 11 and 14, 2022 on 1,117 adult respondents in the Republic of Macedonia.

In the survey, citizens expressed their views on their support for political parties and politicians, as well as on certain current issues.

In order to preserve the relevance and impartiality of the survey, an unbiased and objective questionnaire was created on the basis of which the survey was later conducted.

The survey was carried out using a random sample that was stratified in order to preserve the representativeness of the population in the Republic of N. Macedonia. In it, the demographic specifics of the population such as gender structure, age groups, level of education and ethnicity were observed, with an appropriate division of the respondents according to the place of residence and electoral district, with Skopje being taken as a separate entity due to its particularities.

The survey was conducted for the needs of IPIS in order to analyze the ratings of the parties. The survey was financed from IPIS’ own funds.