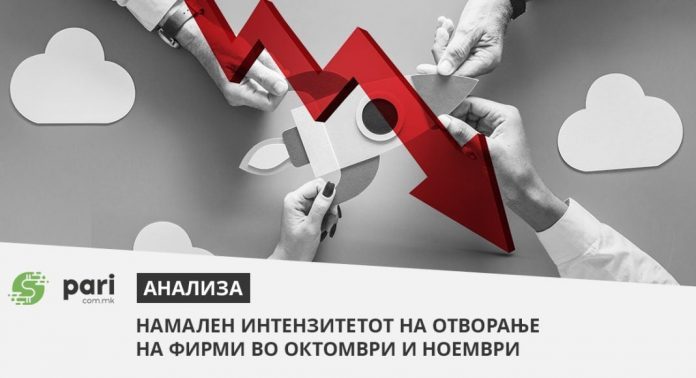 In two months, in October and November 2022, 1,192 companies were opened, and last year in the same period the number of newly opened companies was significantly higher and amounted to 2,248 companies.

Unfortunately, these data on BiznisMreza.mk reveal a worsening trend for business entities – more companies are closing, and fewer are opening.