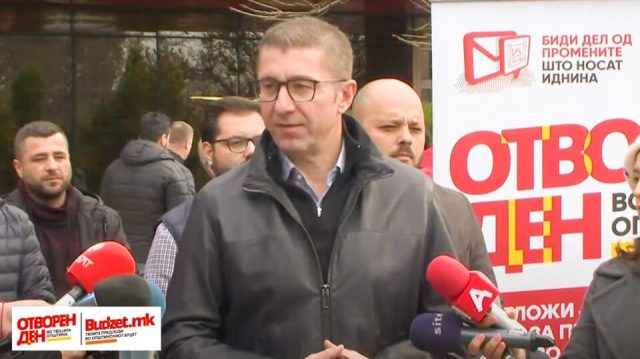 The leader of opposition party VMRO-DPMNE Hristijan Mickoski, during this visit to Veles on Thursday, stressed that miracles were not promised, but a lot of work, labor and projects were promised and they are being kept.
“A difficult year is behind us, but also a year in which the Municipality of Veles invested 100 million denars for infrastructural development and solving new problems. This year it continues with increased intensity. Additional 197 million denars will be invested honestly and most importantly dedicatedly for capital projects,” Mickoski said.
The opposition leader pointed out that the Municipality of Veles will get a new closed farmers’ market with a total value of 80 million denars and that is just one of the projects.