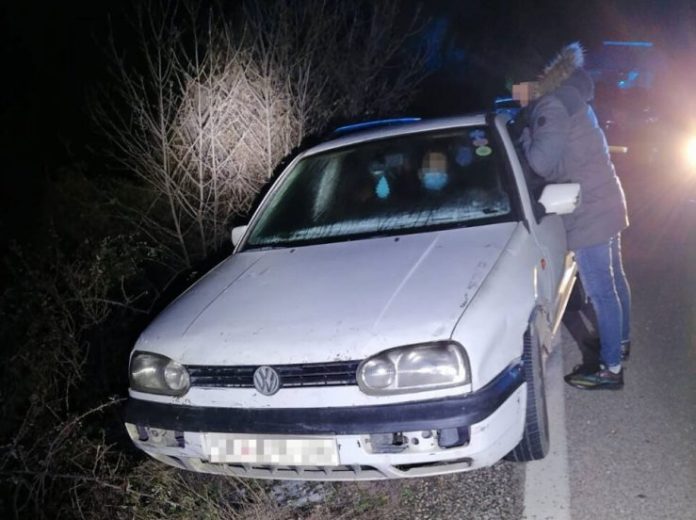 On Sunday night around 1:15 am, at the location known as “Macedonia Road” at the exit from Gevgelija, 42-year-old M. K. from Kavadarci was arrested by police officers from the Border Crossing and Border Surveillance Police Station “Bogorodica”.

During the control of a Mazda 6 passenger vehicle, with German license plates, which he was driving, eight people were found in the vehicle, migrants, five of them from Syria, two from Afghanistan and one from Pakistan.

M.K. is detained in the police station and in coordination with the Public Prosecutor, after the case is fully documented, appropriate charges will be filed against him.