Home Macedonia Ahmeti: There is no Macedonia without the Albanians 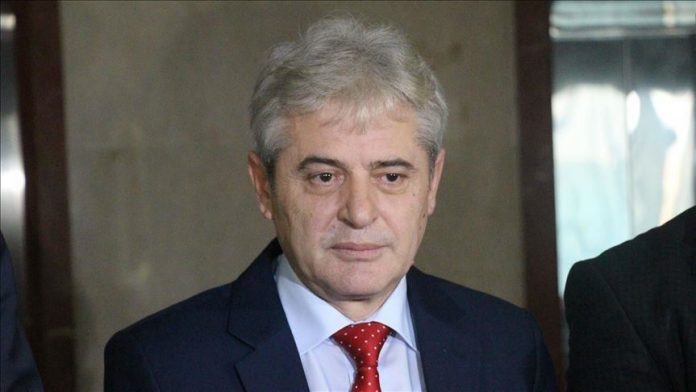 A brotherly meeting with a relaxing atmosphere,  this is how last night’s talks between the Albanian Prime Minister Edi Rama and the leaders of the parties from the Albanian bloc from Macedonia were assessed. And some of the participants of the meeting confirmed that the dilemmas surrounding the constitutional amendments were also put on the table.

The leader of DUI, Ali Ahmeti, in a statement for Klan Macedonija, assessed that the meeting took place in a positive and fraternal spirit and said that North Macedonia and Albania have a common future in the European Union, but also common challenges that await both countries in this period. “There is no Macedonia without the Albanians,” added Ahmeti.