Home Macedonia Vučić: There is a decline in enthusiasm for joining the EU in... 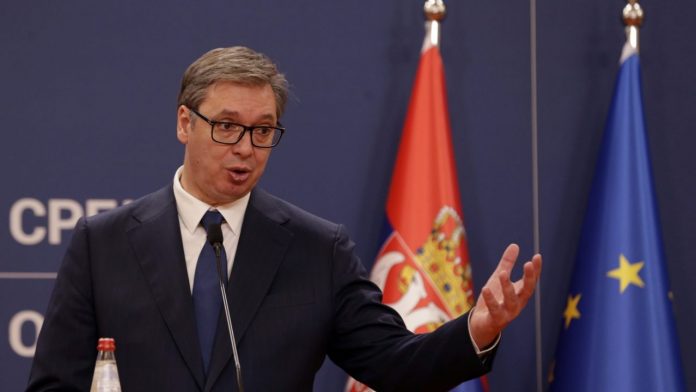 The President of Serbia Aleksandar Vučić believes that the conference in Davos has become a club of like-minded people.

The Serbian president says that it is a club of like-minded people on the issue of the Russian-Ukrainian crisis and on the issue of Kosovo and Metohija, where, as he says, no one wants to hear what international law says or what resolutions exist. Vučić stresses that in the region, especially in Macedonia and Serbia, there is a decline in enthusiasm for joining the EU – primarily due to the upcoming political demands.

“Of course, the representatives of all countries spoke, plus the representative of the temporary institutions in Pristina, and what was clear is that there is a decline in enthusiasm for EU entry in the countries of the region, especially in Macedonia and Serbia. This is primarily due to the political demands that are coming, which refer either to the national identity or to the territorial issue,” said Vučić.