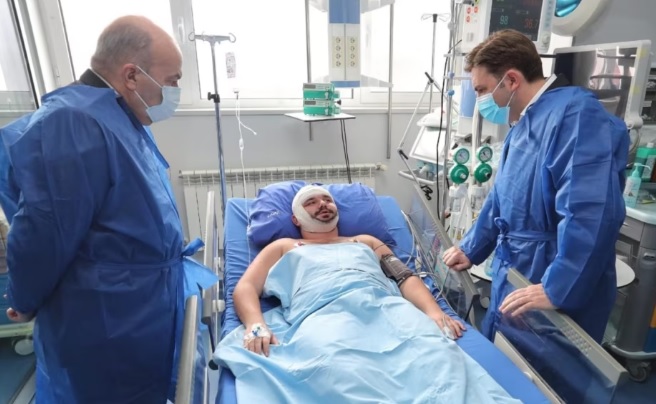 The Ministers of Foreign Affairs of Bulgaria and Macedonia, Nikolay Milkov and Bujar Osmani, will tomorrow visit the secretary of the Ohrid-based Bulgarian club “Tsar Boris III”, Hristijan Pendikov, who, after the beating in Ohrid on January 19, 2023, was on a Bulgarian government plane transferred for treatment to the Medical Center in Sofia, the Bulgarian Ministry of Foreign Affairs announced on Saturday.

It is precisely because of this case that the protest started in front of the European Commission’s representative office in Sofia for, as the organizers say, support for the assaulted secretary of the Bulgarian club “Boris III” in Ohrid, Hristijan Pendikov.