Home Macedonia the Interior Ministry awarded a tender worth millions to a private company... 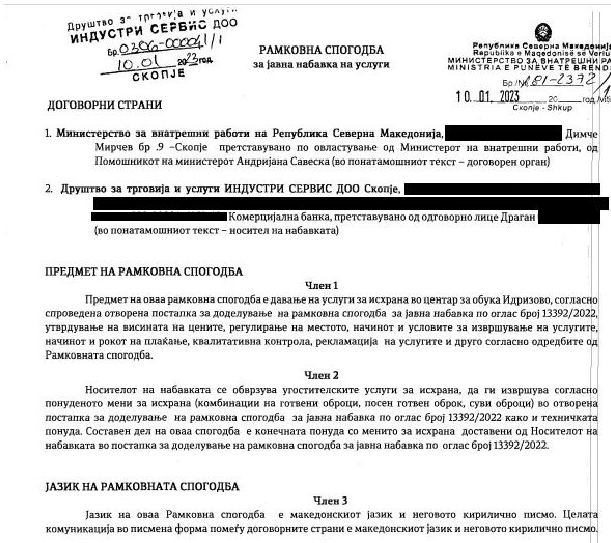 Kovachevski wants to stay in power for as long as possible, so that he can spend the money from the budget on tenders worth millions. There is no institution through which millions are not pumped out, and the winners of the tenders are companies that previously appeared as tender winners or grantees of the Government, Nakje Chulev from the ranks of VMRO-DPMNE said at a press conference on Saturday.

Chulev indicated that in the following days they will present evidence of how a private company that received a grant for the construction of a factory from the SDS government is now breaking records in receiving multi-million tenders worth several million euros from the same government.

Namely, for the first time in history, the police officers stationed in the facility in Gjorche Petrov and the Training Center in Idrizovo will consume food that will be procured by a private company, founded precisely with the financial support of the SDS government.

The agreement was concluded between the Ministry of Interior led by Oliver Spasovski and the company Industry Service, which gives the Ministry of Interior the right to spend up to 440 million denars, that is, 7 million and 150 thousand euros for food. It is a rigged business considering that just under 1,000 meals will be distributed at the Training Center on a daily basis.