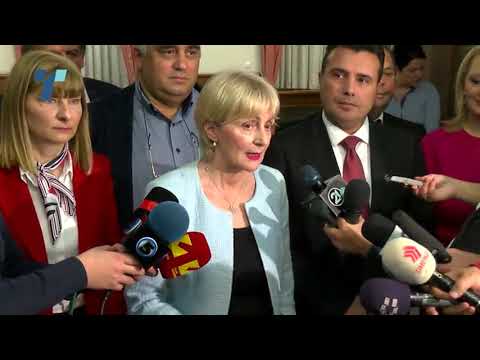 Without agreement with the opposition, but neither with the government partner DUI, SDSM and Zoran Zaev enter the procedure for amending the Electoral Code.

A group of about ten MPs from the smaller parliamentary parties led by DOM MP Liljana Popovska today submitted two draft laws to amend the Electoral Code. The first proposal concerns the amendment of the electoral model through the introduction of one constituency instead of the current six and the second for open lists. The first law, if passed, according to the nominees, should apply as early as the snap parliamentary elections agreed to take place on April 12 next year. It is proposed for open lists to be promoted at the upcoming local elections when electing municipal councilors.

VMRO-DPMNE announced that the proposals would be discussed at meetings of party organs and then the party would build a position. But the opposition remains on the proposal to introduce a majority model with 120 constituencies.

If Zaev and the caucus endorsed the proposal of the MP group, it would put them on different sides with DUI, their coalition partner. Integrators do not need to change the model of election of MPs and find it absurd to enter such a procedure only five months before the election.