Home World The situation of minorities in Bulgaria has worsened 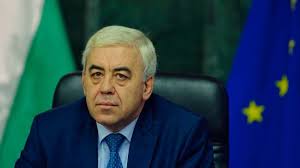 Krasimir K’nev, chairman of the Bulgarian Helsinki Committee, spoke on Alfa TV tonight on the program “Alpha Editors” on Minorities and Human Rights in Bulgaria and noted that they have deteriorated since VMRO is part of the ruling majority in the Bulgarian parliament.

– For the first time in Bulgarian history, the Bulgarian VMRO, i.e. Dzambaski, requested the abolition of the Bulgarian Helsinki Committee. The formal occasion is the so-called interference of our organization in the work of the judiciary. We cooperate with judges, prosecutors, police officers, we hold seminars, conferences and they say it has an impact on the judiciary and that it violates the Constitution. But the real reason is that with that organization VMRO we have serious human rights battles. Unfortunately, as they have become part of the ruling majority, the position of minorities and human rights in Bulgaria has deteriorated. Last year we had a scandal when the Constitutional Court did not recognize the importance of the Istanbul Convention, K’nev said.