Home Macedonia SDSM elects Oliver Spasovski as interim prime minister and does not give... 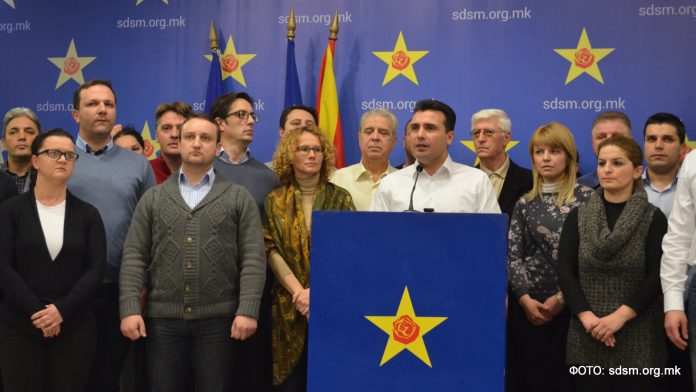 After more than two hours of consultation, the SDSM Central Board on Friday night selected the candidate for interim prime minister and other members to fill the interim government.

The party confirmed that the interim prime minister would be the current ]Minister of  Interior Oliver Spasovski, and the Deputy Prime Minister for Economic Affairs will be Mila Carovska. Spasovski will be replaced by Slavjanka Petrovska as the new interior minister, and the current deputy minister of labor and social policy will be the current head of Carovska’s cabinet, Sanela Skrielj.

Prime Minister and leader of the Social Democrats Zoran Zaev said they were not giving up on the idea of one constituency because it is part of their election promise.

“I will open that issue tomorrow if Mickoski wants to talk about it. I have some ideas, I would like to propose them, there a candidate here, maybe we will agree on something,” he said. He added that they are responsible behind one constituency, because it is good for the state.

“I am ready to negotiate with VMRO-DPMNE to bring this about because we believe in one constituency. DUI submitted 1,200 in Albanian language and another 300 in Macedonian, and we were bitter because VMRO-DPMNE had already submitted it,” said Zaev.

According to him, they did not raise the issue of one constituency in inter-party talks and said they wanted to negotiate and would return to the party from January 3rd in order to continue in full swing with the preparations for the elections.