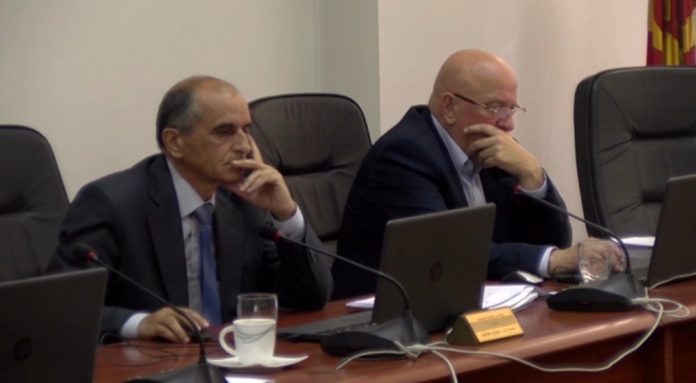 Five officials from the municipality of Tetovo were arrested this morning on suspicion of illegal legalization and privatization of land. The Prosecutor’s Office for Organized Crime and Corruption say that according to their order, the police are seeking the member of the Judicial Council Zoran Teofilovski for the same case. He did not appear this morning at a council meeting scheduled for 10 o’clock.

In addition to the five employees in the municipality of Tetovo and a member of the Judicial Council, the prosecution says the investigation involved four more people. Everyone is prosecuted for abuse of power and authority.

According to preliminary information, they illegally appropriated state-owned land and then legalized it for the needs of the Ljuboten tennis association at a time when its president was the member of the Judicial Council, Teofilovski.

Prosecutors say the investigation into the case began earlier this year.