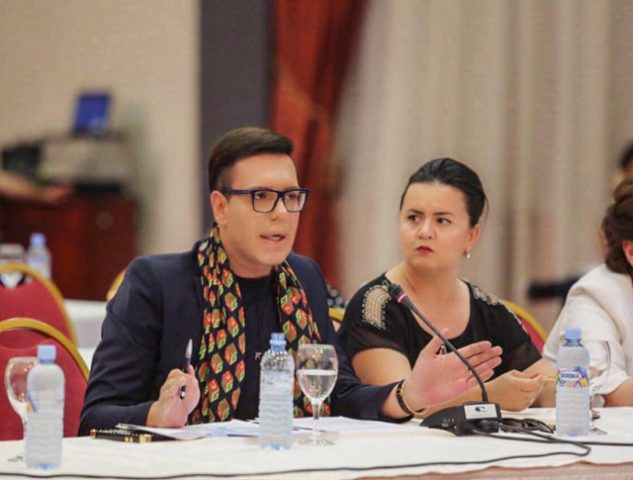 In the new indictment in the “Racket” case, related to the Boki 13’s NGO the International Alliance, Jovanovski is charged with fraud and money laundering, but MP Frosina Remeski, his father Mile, associates Jasna Mandic and Hristina Blazevska are also charged with aiding the fraud. Bojan’s father was also charged for the three semi-automatic guns he illegally owned.

According to the prosecution from July 2017 until April of next year, Jovanovski as president of the NGO deceived two businessmen. He falsely indicated that he would provide state-built land for the construction of a European Center for the Elderly, and state subsidies.

He persuaded them through an authorship agency to pay the former 720,000 euros and the latter 233,000 euros. Two non-governmental defendants prepared the contracts, raised the money and handed it to Boki 13. According to the prosecution, this was intentional even though they knew they were coming from a criminal act: Mandic, after Boki 13 gave her the money, although it was not legally covered, paid it in the form of a donation, or as a loan to companies affiliated with it.

Remenski, with her reputation and authority, supported him in meetings with businessmen, giving him advice, instructions to trust the alleged project, and to pay a certain amount of money in advance and sign the contracts, the prosecution said in a statement. Bojan’s father, Mile, also helped keep the money in circulation. Boki 13 gave him cash, and his father paid the money into his foreign currency account, transferred part of the companies’ accounts, the Prosecutor’s Office requested Mandic to be extended house detention.