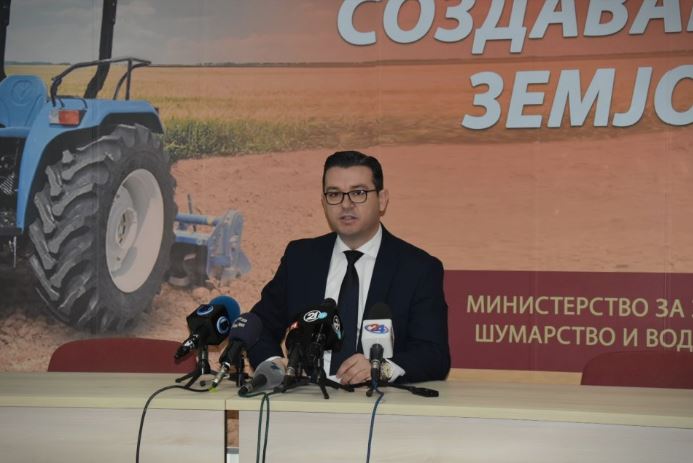 Additional Deputy Minister of Agriculture, Forestry and Water Economy Cvetan Tripunovski presented today his team of advisers who, along with him, will bring changes in the agricultural sector.

“Preparation for Macedonia’s recovery begins today. Starting today, farmers in VMRO-DPMNE have a protector and partner who will work for their benefit. Guided by the idea of ​​creating better conditions and better agricultural policies, I have formed a Council of Farmers and a Council of Expert Professors who will advise and work for the benefit of farmers,” said Tripunovski.

The Farmers’ Council, he said, is made of six members, including farmers and agricultural leaders from across the country, while the Council of Expert Professors will be composed of six members of professors, experts and proven people in their fields.

“My advisers will not cost citizens a single penny,” said Tripunovski.

Concerning that he is still a deputy minister in the caretaker government, Tripunovski said he would primarily seek to prevent manipulation and pressure on farmers to prepare for fair and democratic elections.