Home Macedonia Stoilkovski: Zaev and the prosecution are hiding the actual culprits behind the... 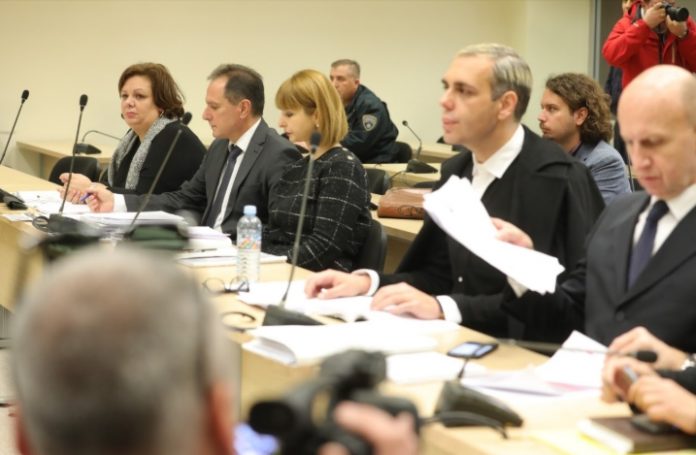 It is clear that the “Racket” case cannot be limited to just the three currently accused individuals, and that Zoran Zaev’s link with the judiciary is being used to conceal the actual culprits, said VMRO-DPMNE spokesman Naum Stoilkovski at today’s press conference.

–  Zaev, the government and the prosecution must answer whether the racketeering scheme is made up of the following people:

5. Is it true that the “most trusted” man involved in the racketeering network, of which Geroski writes that “his approval is required in all major business deals”, “with a certain amount of euro down payment”, is the same man of whom Zaev says he sits down with ministers, like the minister of health, to “help people”?, asks Stoilkovski.

Miloshoski: There are about 20,000 dual ID numbers, Spasovski didn’t do anything about it

Rashkovski and three others involved damaged the budget for 180,000 euros

Taravari: The masks are down, Xhaferi and the parliamentary majority block the fifth set of measures