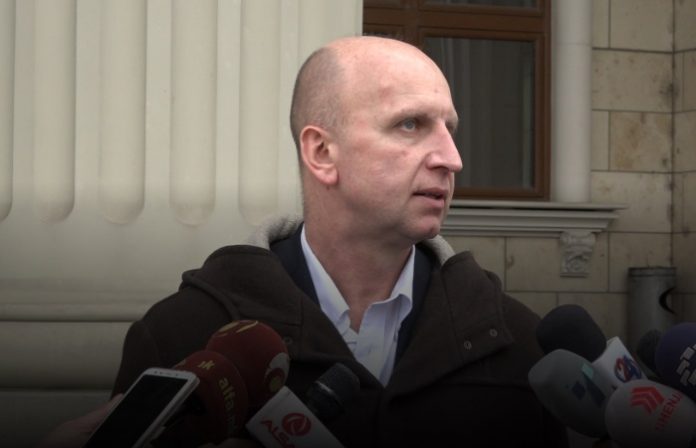 Bojan Jovanovski – Boki 13’s lawyer Saso Dukovski at today’s press release dismissed the allegations made by the State Public Prosecutor Ljubomir Joveski that Bojan Jovanovski did not request a meeting with him to share confidential information as notoriously false.

Joveski had earlier told Alsat-M television that Jovanovski had so far addressed him with a written letter only once, complaining of poor health.

“A notorious untruth has been stated by North Macedonia’s public prosecutor that such a meeting was not requested. I do not know who benefits from this, as I, as his defender, read the letter before it was sent through the prison administration. And it is a legal duty for the public prosecutor to hear any facts that may lead to a possible investigation by the prosecution,” Dukovski said in a statement.