Home Macedonia The state will spend at least 400 million denars on the parties’... 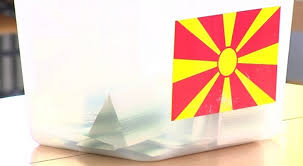 The State Election Commission (SEC) plans on spending 571 million and 500 thousand denars for election campaigns for the upcoming early parliamentary elections. Most of the money, or about 400 million denars, will be spent on financing the media campaign of the political parties that will participate in the parliamentary elections.

– For this purpose about 3 million and 800 thousand euros were spent for the Presidential elections. Now the budget provides for just over 233 million denars, but in the other items we have a reserve to supplement somewhere around 400 million denars. So, there are enough funds. I think there may be a need to supplement this item, but we will try to do it by redirecting it from other items where we will save, SEC President Oliver Derkovski said at today’s session of the Commission.

At the session, the SEC adopted the Public Procurement Plan, which also refers to the regular functioning of the Commission, as well as to the realization of the election activities. All procurements for election activities, said Derkovski, according to the law should be made in January and February and should be in regular open procedure. A procedure may be initiated for one for which the Public Procurement Bureau will be consulted regarding the voting material.

This is justified by the inability to now determine either the layout or the size of the ballot. We do not know how many candidate lists there will be, we do not know exactly how many ballots they will need. The layout of the ballot will be known when the voter list is closed and on the day of registration, i.e. the adoption of applications on the candidate lists, said the SEC president.

How they will act in relation to this procurement, Derkovski said, will depend on the opinion they receive from the Public Procurement Bureau.