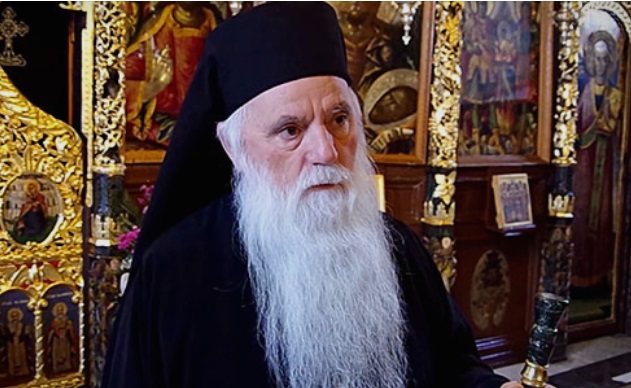 Official talks between the Serbian Orthodox Church and the Macedonian Orthodox Church – Ohrid Archbishopric over the Serbian denial of the MOC’s autocephaly have been stalled for some time and no progress has been made. We have sent a request to resume talks, and they said in a statement that they were not suspended. But they are not extended either, said Bishop Timotej, Metropolitan of the Debar-Kicevo Eparchy.

In an interview with Klan Macedonia TV, asked whether the signing of the Prespa Agreement with Greece opens a new opportunity for resolving this decade-long dispute, Bishop Timotej estimates that he has sympathy with the Greek Church and the Ecumenical Patriarchate for that, but that the focus is currently on the dispute that the two have, above all, with the Russian Church.

– The Greek Orthodox Church c at this moment wants to address the issue of MOC-OA autocephaly, especially the Constantinople Patriarchate. But given the open problem with the Russian Church and other Orthodox churches that are currently vehemently opposed to the initiatives or prerogatives that the Patriarch of Constantinople is taking, as the first among equals, I think our issue will wait, at least until their dispute is settled and off the agenda, says Bishop Timotej.

The attempt to seek the help of the Bulgarian Orthodox Church to be the “mother-church” of the MOC-OA, Fr. Timotej interprets it as an attempt to engage and lobby with certain chapters to resolve the dispute, but not to alter relations:

– It will be the mother if it decides to settle the matter. And when it decides it will not be the mother, but a sister church. Accordingly, no church can be our mother. Our mother is the Ohrid Archbishopric or in this case – the Patriarchate of Constantinople which is the mother church of all Slavic peoples. In religious or theological sense it is Jerusalem, Christ comes from there, therefore all the Orthodox churches come from there, says Timotej.

Regarding the dispute between the Serbian Orthodox Church and authorities in Montenegro, after the adoption of the Law on Religious Freedoms, which also covers property issues, Metropolitan Timotej says the MOC-OA Synod has not yet discussed:

– In my personal opinion, as a man and bishop of our sacred church, I think that the law passed by the Montenegrin Parliament is not good and is not fair. Because no churches or monasteries anywhere in the world were state-owned, they belonged to separate churches, Russian, Serbian, Bulgarian, Albanian, Greek, Macedonian, etc. On the other hand, we know that wherever the state operated or administered churches or monasteries it proved to be a bad host. We in Macedonia know this best with 50 years of running several churches and monasteries, after which we were returned to a very disadvantaged state, even without electricity, let alone other benefits that were available in the most remote villages. The second reason I say that the law is not good is that it does not respect the opinion of its people, who live in that state regardless of their nationality. I think that everything that is brought into force, not through a democratic conversation, through dialogue, is harmful and will not do good to the people who live there, says Bishop Timotej.