Home Macedonia All disputed job positions in MoI stopped, sanctions where there are violations 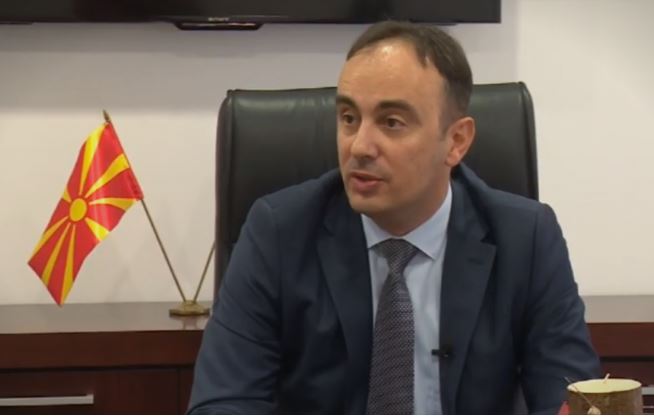 Interior Minister Nake Culev, in an interview with Macedonian Radio and Television,
alleges that former SDSM minister Oliver Spasovski pursued poor staffing politics,
noting that he was guided by political criteria rather than professional and expert
guidance.

– There are already numerous reactions and revolts in the majority of MoI members
and this is not only the case in the last few days, but these reactions are permanent
mainly due to the bad personnel policy led by the former Minister Oliver Spasovski
when which gives priority to political criteria at the expense of professional standards
and professional criteria, says Culev.

Culev said that he had meetings with top officials at the Ministry of Interior during the
day and sent a telegram to the organizational units of the Ministry of Interior to
immediately stop all decisions issued to employees, indicating that a full audit would
also be carried out where there was any violation and appropriate disciplinary
procedures will also be available.
Today I had a meeting with the competent managers of the Ministry of Interior today
and issued instructions to audit all legal acts issued in the past period, with emphasis
on the past few days and a telegram to all organizational units of the Ministry of
Internal Affairs has already been issued, all those decisions that have not been
issued to the employees, i.e. have not been issued by the MoI staff, should be
suspended until another decision is taken and that decision will be taken after
consultation with the MoI legal sector. I can inform you that all decisions where it is
found that certain professional standards have not been met, that legal obligations
such as job vacancies have not been complied with, or that the legal norms have
been violated in any way, will be annulled against the elders who appropriate
disciplinary procedures will be instituted, said Culev.

Minister Culev appealed to all employees of the Ministry of Interior who believe that
such legal decisions have violated their rights to address him, adding that any
statement by MoI members will be adequately addressed.
– I take this opportunity to send message to my MoI colleagues if they feel that they
have been harmed in any way or whose rights have been violated to write with their
latest decisions, and that any written statement would be appropriately treated from
a legal point of view, Culev said.