Home Macedonia Over 500 new cases of flu, mostly in Strumica 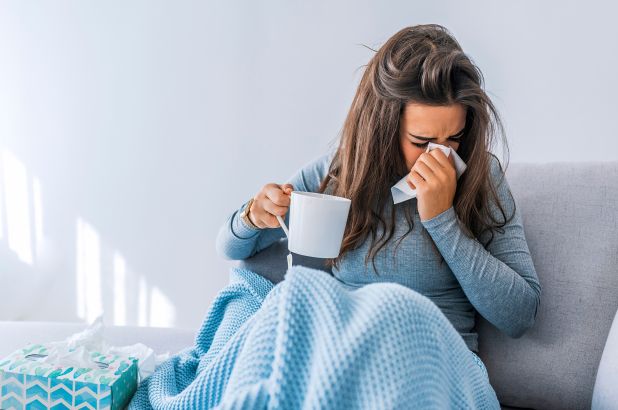 New 583 cases of flu-like illnesses have been reported during the 2nd week of 2020 (06.01–12.01.2020), an increase of 2.8 times compared to last week, when there were 207 new cases, the Institute of Public Health of RNM informed today.The number of people reported this week compared to the 2nd week of last season (n = 378) increased by 54.2 percent, compared to the 2nd week of the last 9 seasons (1,163). 49.9 percent.However, the reported incidence is below the weekly limit of seasonal activity of the influenza virus (I = 36.4 / 100,000), i.e. the threshold of entry into the flu season has not yet been reached.This week, 18 flu-testing materials arrived at the IPH Virology Laboratory. Of the tested materials, five (27.8%) were positive for the presence of influenza virus – 3 Influenza A / H1pdm and 2 Influenza A non-subtype.The highest incidence was reported in the largest age group of 15-64 years, while the highest incidence of 49.1 / 100,000 was recorded in the youngest, children aged 0-4 years.This week, cases were reported from 18 reporting units, of which 9 reported more than or equal to 10. Most cases were reported from the Strumica PH area (n = 166), while the highest incidence was reported in the territory it covers PE Debar (I = 209.0/ 100,000 inhabitants) with 58 reported cases.In the 13 reporting units reporting cases during the week very low activity was registered, in 3 it was seasonal (low) and in 2 – Strumica and Debar – moderate activity of the influenza virus (Chart 1).This season, the total number of influenza cases is 1,618.Compared to the same period last season (n = 1,792), the total number of reportedcases decreased by 9.7 percent, while a decrease of 50.8 percent compared to the model of the last 9 seasons (n = 3,286).

VMRO-DPMNE: Is Zaev preparing Frchkovski for a constitutional judge or ambassador to Belgrade after being rejected by the USA?

European Commission urges Radev not to politicize the census

Progress report on Macedonia adopted: The Treaty with Bulgaria must be implemented!