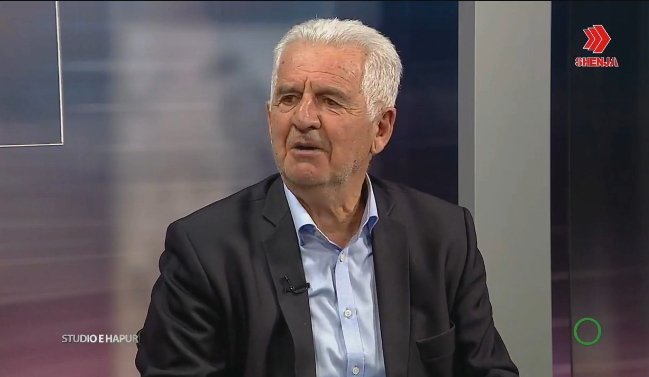 Communist-era political prisoner Spetim Polozani believes that SDSM’s claims and justifications for abolishing lustration are irrational, because he believes, guided by the lustration commission’s approach, its statements and the material evidence that it
presented, it is quite clear that there were collaborators of the secret services amongthe lustrated persons.Debating in the “Open Studio” show on TV Shenja, Polozani stressed that there wasno reason to indemnify these persons. He went on to say that if someone were to be lustrated, then it was the SDSM people, because they were the ones who have donethe criminal privatization.”This rationale does not seem to rational to me, and does not hold the thesis of creating a climate now to compensate those who are victims of lustration. There were certainly associates among them, as the commission had good access, as well as statements from other sources confirming such a thing. However, if anyone were to be lustrated, it is the people of SDSM, because they did criminal privatization, created their own tycoons, and these somehow created the biggest problems, mainlyfor the Albanians, in recent decades. So, in my opinion this rationale doesn’t hold water at all”, concluded Spetim Polozani.He noted, among other things, that lustration should have occurred much earlier and should have included the Macedonian secret services, and that all those who would have been detected as service collaborators should have been cleared of the sectorsin which they operate. An example was given by Germany, which in the first year after the fall of communism went through lustration and that 17,000 people had beenexpelled from the educational process alone, because they were associates of the service