Home Macedonia Rustemi: Janeva asked me not to bring a “freezing” order over the... 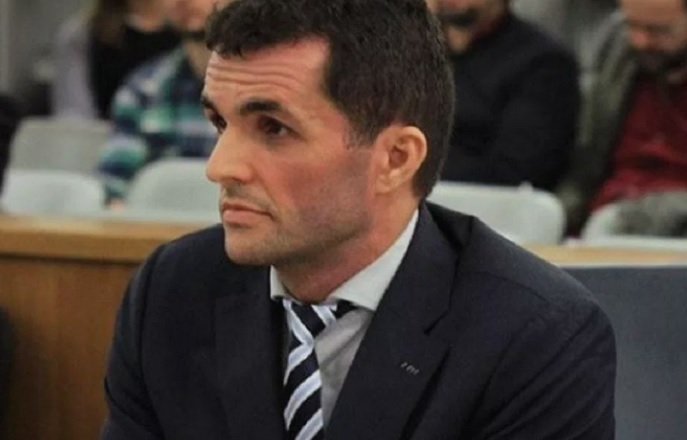 The trial in the ‘Racket’ case resumed Tuesday at the Skopje-based Criminal Court
with public prosecutor Burim Rustemi testifying as witness.
Rustemi said former special prosecutor Katica Janeva had asked him as the
prosecutor in charge of the ‘Post Bank’ case, not to bring a freezing order over the
apartment of suspect in the case Tome Glavcev.

According to the prosecutor, Janeva told him that the said apartment in Skopje had
already been sold to a friend of hers, and a freezing order could damage the buyer.
“I did as asked. I forwarded a proposal to the court not to bring a freezing order over
the apartment. Then I found out that the apartment is owned by a former member of
the Council of Public Prosecutors, Saso Vasilevski. Otherwise, I conducted the pre-
trial and trial procedures on my own, without any influence from Katica Janeva,”
Rustemi told the hearing.
Witnesses who have testified in the case so far include former SPO prosecutors Lile
Stefanova and Elizabeta Josifovska, businessman Orce Kamcev, his wife Ana
Kamceva and 1TV journalist Hristijan Banevski.
Suspects in the Special Prosecutor’s Office (SPO) case “Empire” were almost
always aware of our moves in advance, said prosecutor Lile Stefanova in her
testimony in the extortion case “Racket” on Monday. She added there had been
disagreements with Katica Janeva over the former Special Prosecutor’s request that
softer measures are enforced on Jordan Kamcev, Sasho Mijalkov and other persons
detained within the case.
The Public Prosecution for Organized Crime and Corruption filed in October 2019 an
indictment against Bojan Jovanovski, Katica Janeva and Zoran Milevski-Kicheec.
The first defendant is suspected of committing the crime of “money laundering and
other proceeds of crime,” while the two other defendants are suspected of
“acceptance of a reward for unlawful influence.” The second defendant is also
charged with committing the crime of “abuse of power and authority.”
During the first hearing in the ‘Racket’ case, which took place December 3 in 2019,
the third defendant Zoran Milevski-Kicheec pleaded guilty to the charges and was
sentenced to three years in jail. Judge Vaska Nikolovska-Masevska presides over
the trial for the ‘Racket’ case. Vilma Ruskoska is the prosecutor.
The public is waiting to see whether Rustemi will overshadow the testimony of his
colleague Lile Stefanova, who took out some of the dirty SPO underwear, and the
testimony ended with Janeva&#39;s words. &quot;A**hole!” and “Sl*t!&quot;.