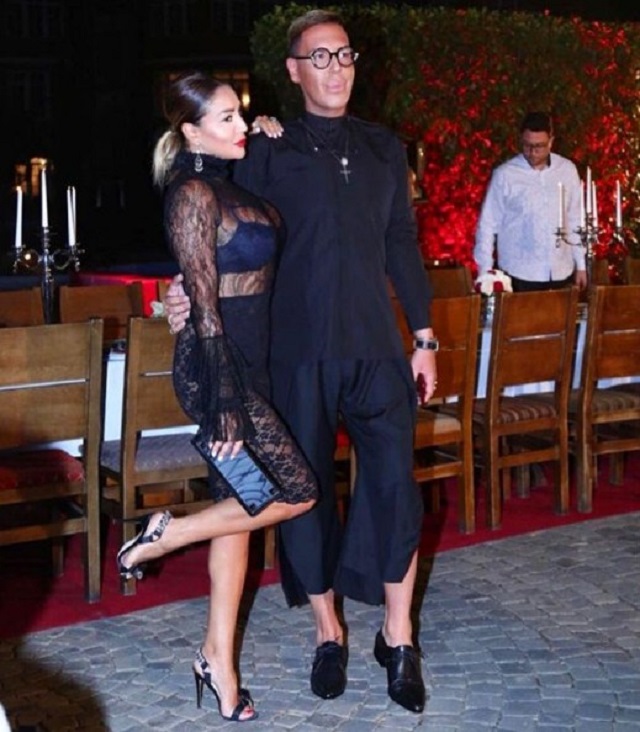 None of the institutions in the country has reacted to the transactions of millions
carried out by Lila Stojanovska Filipovska about two years ago. Neither the Financial
Intelligence Service nor the Financial Police have yet provided any information on
transfers and whether it was a case of money laundering.
For all the misappropriations and money transfers, from the company &quot;Dan Mak&quot; in
the amount of 250 thousand euros that went to Filipovska&#39;s account, and were given
for alleged projects, and then ended up establishing the &quot;International Alliance&quot;
owned by Boki 13, reporter Zoran Bozinovski reveals more details on his Facebook
profile.

&quot;As far as I understand from the testimony in criminal cases, and I understand quite
a bit because in recent years I have heard deceitful witnesses, today&#39;s testimony of
LILA STOJANOVSKA FILIPOVSKA case under the&quot; Racket &quot;case was false. And,
for false testimony, she was previously warned that she could be jailed. From the
testimony we heard that the popular host and influencer (whatever that means) was
a donor of &quot;1TV&quot; with 25,000 euros and also lent 500,000 MKD to BOKI 13, wrote
Zoran Bozinovski on his Facebook profile, entitled “When Lila is lying”, and in
addition to the article are documents from bank transactions made by Filipovska.

He adds: I touched the truth in my tragicomic appearance on &quot;1TV&quot; which was
supposed to resemble a TV duel between me and BOKI 13, but he was angry about
mentioning the transfer between the legal entity &quot;DAN MAK&quot; and LILA
STOJANOVSKA FILIPOVSKA, of 250,000 euros, so he didn&#39;t let me talk anymore.

This is an ILLEGAL MONEY TRANSFER under contract ODU No. 385/2017 of June
12, 2017.
STOJANOVSKA FILIPOVSKA has previously managed to deceive spouses Daniel
and Ena NoRNILD to invest 250,000 euros in EU projects similar to those that were
to be worked on by Siljan MICEVSKI but declined. For these invested funds, the
NORNILD spouses, as builders, were to receive a project worth € 3,058,000 in six
months, and earnings commissions were to be earned by LILA STOJANOVSKA
FILIPOVSKA and STJEPAN from Croatia, who were assumed to be BOKI 13.

But that’s not all! LILA yelled and screamed at the NORNILDS that she had lost her
exchange rate, and additionally on July 6, 2017, she received 1.979,200 denars from
her account &quot;DAN MAK&quot; which she immediately pulled out and converted to 32,000,
so she received a total of 250,270 euros, which she handed over to STJEPAN from
Croatia. To my knowledge, this is the money that founded &quot;INTERNATIONAL
ALLIANCE&quot; and organized that glamorous gathering in the hotel &quot;ALEKSANDAR
PALACE&quot; in Skopje and money that is the initial capital for &quot;1TV&quot;.
For me, it is indicative that the Financial Intelligence and Financial Police have slept
over these transfers or that some shadowy person gave a signal to stay quiet and
not respond. Any regular person from the Republic of Macedonia who does
something similar, receives or sends money, ten times less than these 250,270
euros, will be hunted, detained and processed in a manner of hours. But, LILA

STOJANOVSKA FILIPOVSKA to date remains untouchable, although Daniel and
Ena Nornild have filed criminal charges against her and what I am writing is listed in
the contents of the report.

The irony is that the inaction of the institutions later led to what we now call the
&quot;Racket&quot; case. What no institution has prevented is being processed today in part,
with three defendants and a host of their accomplices who have either escaped or
are cooperating and snooping behind the curtains or having political protection over
the application of the perception of selective justice.
Today is still the right time for the Financial Intelligence Service and the Financial
Police to begin shedding light on the background of the “DAN MAK” and LILA
STOJANOVSKA FILIPOVSKA agreement…, writes Bozinovski.
Regarding Bozinovski&#39;s published information, the Financial Intelligence Service as
well as the Financial Police, NetPress asked for information whether these
institutions have data or have so far investigated this case with money transfers that
ended up in Lila Filipovska&#39;s account. But by the end of the workday, NetPress did
not receive any answers.