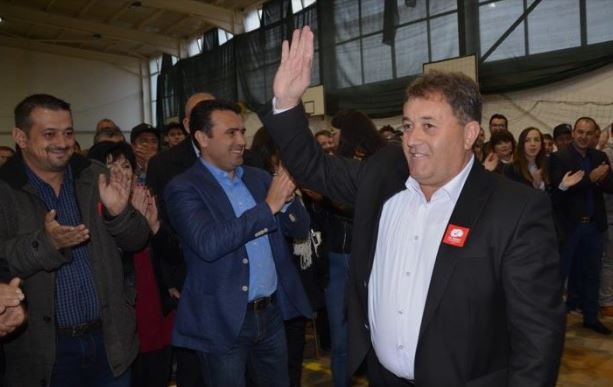 The “Cannabis – Zaev’s Millions” scandal has peaked. Today, VMRO-DPMNE
revealed a new scandal over a company that got a license for growing marijuana.
-The Medplant company in the village of Borisovo, Novo Selo, is the company that
got the license, which is owned by Pero Stojcev, son of the former convicted SDSM
mayor Boro Stojcev. Imagine, the Zaev government issued a license to a company
to the son of the SDSM mayor convicted of cigarette smuggling, Boro Stojcev. The
connection between the Stojcev family and medicine is incomprehensible. What
should we expect from this company? Did Zoran Zaev really grant a license to the
son of the convicted SDSM mayor of Novo Selo Boro Stojcev? If we have seen that
cigarette smuggling is a family business of the Mayor of Novo Selo Boro Stojcev,
does this mean that the Stojcevski family’s business is marijuana trafficking? What is
the price of this license? Has this license been issued in exchange for the abolished
cigarette smuggling family business, Ruzica Nikolovska revealed.
She says this may be the culmination of the “Cannabis – Zaev’s Millions” scandal, a
scandal that neither the public nor the institutions should turn a blind eye to.
– There must be accountability for this. Zoran Zaev, desperate before the fall of his
government, is granting licenses around, including the son of a mayor convicted for
cigarette smuggling. After April 12 follows the Renewal of Macedonia and
accountability for all that Zaev’s government is doing, she said