Home Uncategorized Zbogar: The PPO Law is not a requirement, but it should be... 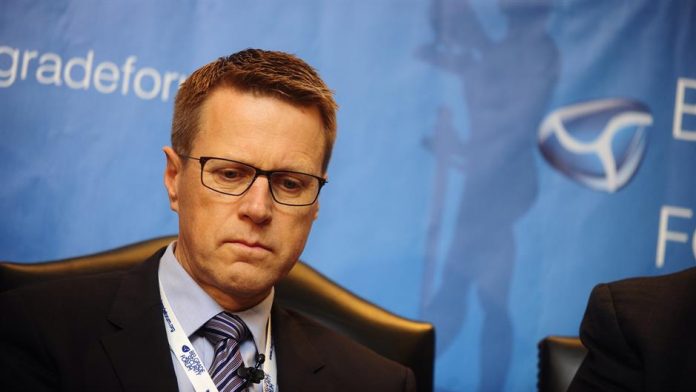 The Law on the Public Prosecutor’s Office should be adopted in order to demonstrate a change in the way of thinking, from what is the minimum required to open negotiations to how can we use negotiations to the maximum to change our country so that young people would stop leaving, said EU Ambassador Samuel Zbogar ahead of Friday’s press briefing on the new enlargement methodology released by the European Commission.

Žbogar reiterated the message of European Enlargement Commissioner Oliver Varhelyi over the PPO law to all political leaders in Skopje.

“The Commission did not put the law as a condition but it is something that should be done for several reasons. First and foremost, for citizens to believe in justice and there is accountability for crimes. This is important for several member-states because it demonstrates a commitment to the rule of law. Also, because we would like you to demonstrate a change in the way of thinking, from what is the minimum required to open negotiations to how can we use negotiations to the maximum to change our country so that young people would stop leaving,” said Zbogar.

According to him, the Commission has done its part but there are many things yet to be done by North Macedonia in this partnership.

“There are things to be done by North Macedonia to demonstrate a commitment to the European future. You should continue with the good reforms, administer fair and democratic elections and continue to foster good neighborly relations,” noted Zbogar.

He added that the enlargement methodology is excellent news for the Western Balkans and a win-win situation for the EU and the region.

“For the European Union because it acknowledges that the enlargement is a strategic investment for the Union to be stable and united. For the region because it reaffirms the fact that full-fledged membership is the ultimate goal of the process. The purpose of this document is to restart and accelerate the process that lost some of its energy from both sides, and to bring back trust of both sides,” said Zbogar.

He said the goal for both sides is to go from less for less to more for more.

“This means to bring more honesty from both sides. On the candidate side, when they say they are doing reforms that they are truly reforming the society not just adopting the laws. On the EU side this means honesty, because when we talk about the accession process we really mean that the road leads to EU membership,” said EU Ambassador Samuel Zbogar.