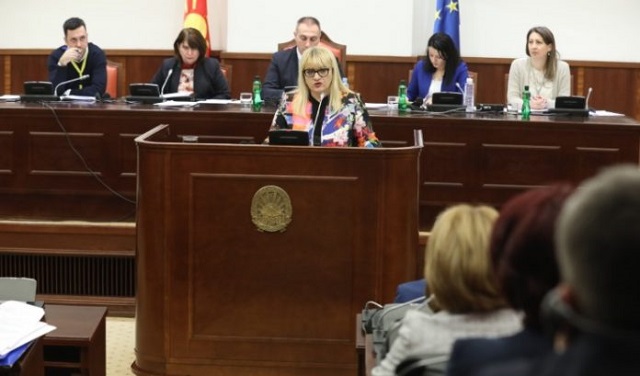 The Parliament’s Committee on European Affairs endorsed Wednesday the draft-Law on the Public Prosecutor’s Office. MPs also reviewed the draft-Law on the Council of Public Prosecutors and forwarded both bills for further procedure. There was only one amendment to the text of the PPO law submitted by MP Surija Rushidi, which Justice Minister Renata Deskoska did not accept and was not adopted by the majority in the Committee. As the head of the Committee on European Affairs Artan Grubi explained, MP PancoMinov, although he announced he did, he did not submit a committee amendment to the PPO draft law. The Legislative Committee will also discuss the PPO law.