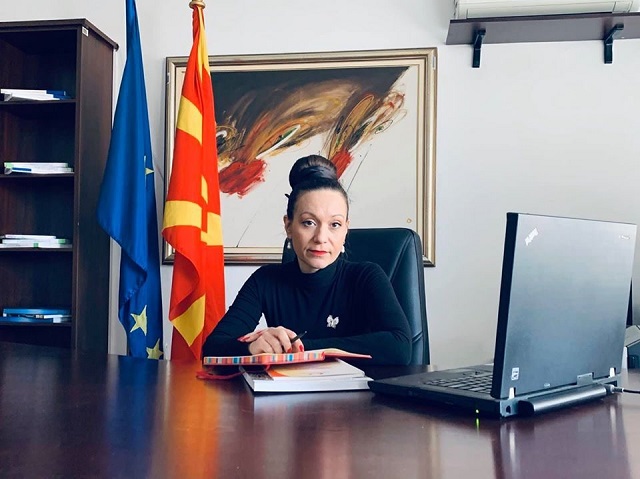 Prime Minister Oliver Spasovski has filed a motion to the Parliament for dismissal of
Minister of Labor and Social Policy Rashela Mizrahi, appointed by the main
opposition VMRO-DPMNE. The motion comes after Minister Mizrahi held several
press conferences in front of a board with the name ‘Republic of Macedonia’.
According to her, the board was there when she assumed the post, adding that
former minister Mila Carovska also held meetings and press conferences with the
board behind her.
“We can compromise and discuss everything, but there is no compromise for
disrespecting the Constitution and laws,” Spasovski said Wednesday.
Earlier, Foreign Minister Nikola Dimitrov demanded dismissal of Mizrahi, while his
Greek counterpart, Nikos Kotzias, meanwhile announced that the New Democracy
government would demand that Mizrahi be banned from entering the European
Union.