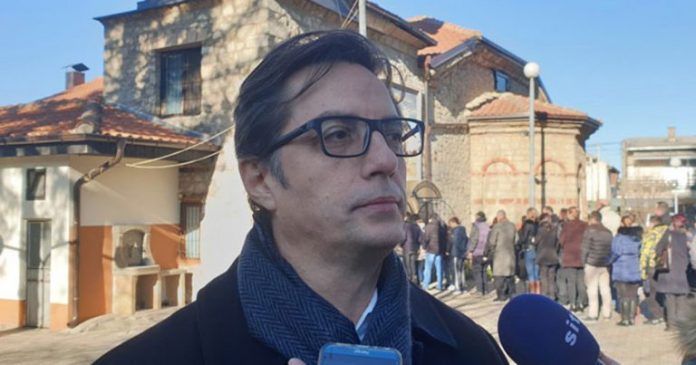 President Stevo Pendarovski signed Wednesday the decree for promulgation of the Law ratifying the North Atlantic Treaty in the attendance of students from the Faculty of Law.“We have waited for this almost 30 years but it was worth the wait,” said President Pendarovski. In a symbolic gesture, the President gave the pen he used to sign the document to one of the students.The Parliament endorsed yesterday the law ratifying the North Atlantic Treaty. The delayed-action law will enter into force once Spain ratifies North Macedonia’s NATO Accession Protocol, the last of the 29 Alliance member-states yet to endorse the document. The Parliament decided to ratify the Treaty in advance so as continuity is not lost in the process of officializing the country’s NATO membership, considering the April 12 parliamentary elections and the pending dissolution of Parliament.After the Parliament session, the NATO flag was raised next to the Macedonian flag in front of the parliament building.