Home Macedonia Milososki to Mukoski: From being a “terrorist”, to 4 million euros in... 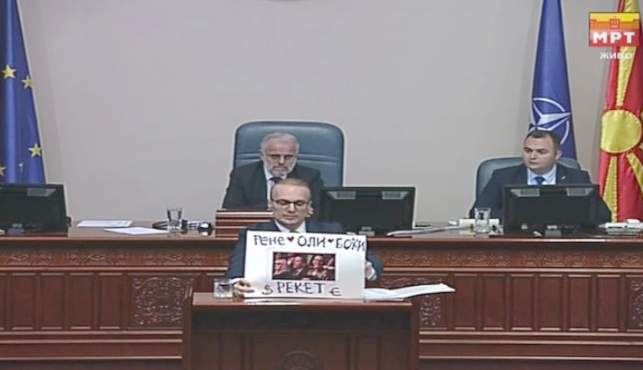 VMRO-DPMNE MP Antonio Milososki at Friday’s parliamentary debate on the PPO law, pointed out that MP Krsto Mukoski from being a terrorist according to the government became the real negotiator on the PPO law and the amount of 4 million euros which the government granted to his companies.

He read a 2017 SDSM statement about the firm owned by Krsto Mukoski from Vevcani accusing that firm owned by the Mukoski family of a crime worth 2m euros for AD for managing a business premises related to the stadium in Skopje.

“Krsto Mukoski is here today and I have never said that he was a terrorist, but Grubi, Remenski and Bogoevski and others, I do not know if they have changed their minds about him being a terrorist, but obviously the government tenders are more important than the Public Prosecutor’s Office in a selective political way,” Milososki said.