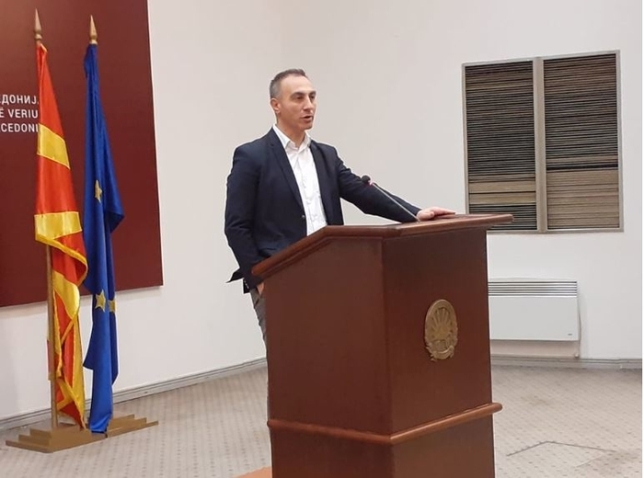 DUI offers full, absolute and unwavering endorsement to several key laws, including the laws on public prosecution, defense, and vetting, as well as to the Electoral Code text, drafted after a consensus was reached.

“DUI expects elections to take place on April 12 and Parliament to dissolve by Sunday with all the key laws adopted,” MP Artan Grubi, coordinator of the DUI parliamentary group, told a news conference Friday.

He urged all other parliamentary parties to pass the laws, preferably today, ‘to dissolve Parliament and start organizing the coming elections.’

“Any delay, any uncertainty is no good for the citizens and for the political state of affairs in the country, including most notably the economy,” Grubi noted.

The DUI MP said he was confident Parliament had the capacity to work ‘all day and all night’ until February 16 to adopt all the laws.

Asked whether there was a crisis in the DUI-SDSM coalition, Grubi said there were no differences, explaining that yesterday’s Parliament session was terminated because of lack of coordination of the parliamentary groups.