Home Macedonia Milososki: I have a recording of Zaev arranging the release of a... 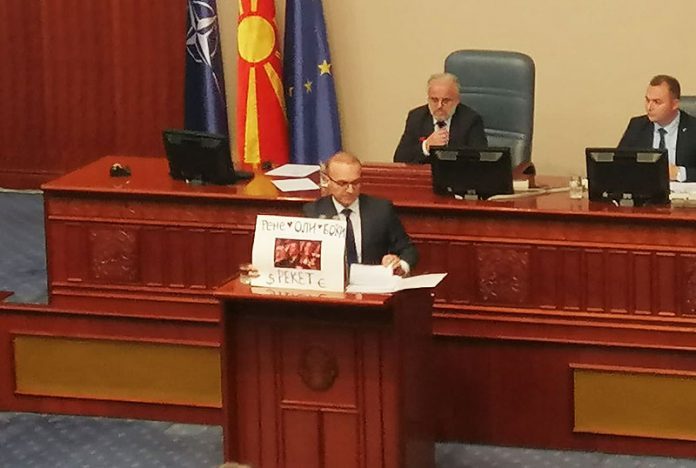 VMRO-DPMNE MP Antonio Milososki asked Parliament Speaker Talat Xhaferi to play an audio recording in which the voice of Z.Z. can be heard.

Xhaferi did not allow it, and Justice Minister Renata Deskoska pointed out that Milososki was bluffing.

Milososki, meanwhile, replied that he had a recording of Zaev negotiating the release of a businessman from custody.

– Do you know that I have a recording of Zaev arranging the release of a businessman from detention? Would that conversation be evidence of criminal proceedings? Zoran Zaev is fully aware how much material I have on him. That’s why the government does not want such materials to be the basis for indictment – said Milososki.