Home Macedonia Milososki: Zaev does not see law enforcers in judges, but his lawyers 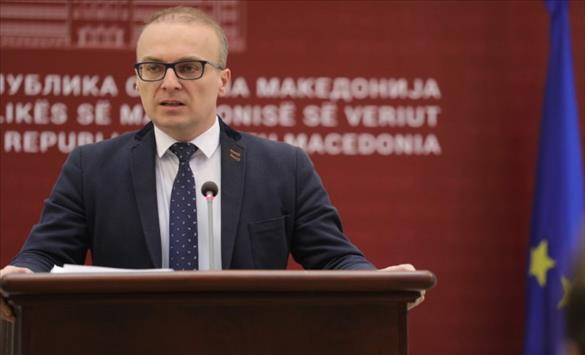 A while ago, Vesna Dameva was elected to the judicial council, but she was not even a judge, but she has many photos with SDSM. And when someone like Priebe comes next time, he will be surprised why the state is still in a hybrid regime. Zaev does not see the judges as law enforcers but his personal lawyers, VMRO-DPMNE MP Antonio Milososki said at the start of the hearing on amending the Law on Council of Public Prosecutors.

– Zaev has family friends in Strumica, and his best friend is Zoran Georgiev, president of all Zaev’s election campaigns in Strumica. Georgiev’s favorite street is Beethoven St. because he receives lists of Roma people there and gives them money to vote. Georgiev’s wife, Loreta, has been elected a member of the Judicial Council. The President of the Judicial Council Zdravev cannot set the agenda without asking Loreta first – said Milososki.

He added that his next example is Nake Georgiev, and that he was elected as a member of the Appellate Court in Skopje, and that no matter how things went, it was not SDSM but Zaev that would have a personal influence on the Judicial Council, on the Appellate Court, etc.